The sparkling “festival of lights”, Diwali, is celebrated all over the world with great piety and enthusiasm. But do you know the reason behind the jubilations? You’ll probably be amazed to learn that there are not one, but several reasons why we hold Diwali celebrations every year. Scroll down and go over our fabulous article on ten great reasons to celebrate Diwali. Know why we observe Diwali annually.

Happy Deepavali to all of you.

Go over ten mythical and historical reasons why Diwali (Deepavali) is celebrated annually. On this very Diwali day, the Goddess of wealth, Lakshmi is said to have been incarnated from the depth of the bottomless ocean. The Hindu scriptures tell us that both Devas(gods) and Asuras (demons) were mortal (Mrita) at one point of time. Seeking a deathless condition (Amarattva), they churned the ocean to seek Amrita, the nectar of immortality (an event mentioned in the Hindu scriptures as “Samudra-manthan”), during which a host of divine celestial objects came up. Prime among these was Goddess Lakshmi, the daughter of the king of the milky ocean, who arose on the new moon day (amaavasyaa) of the Kartik month. She was subsequently married to Lord Vishnu on the same darkest night of the year and brilliant lamps were illuminated and placed in rows to mark this holy occasion.

Hence the association of Diwali with Goddess Lakshmi and the tradition of lighting of lamps and candles during the festival. To this day, Hindus celebrate the birth of the goddess Lakshmi and her marriage to Lord Vishnu on Diwali and seek her blessings for the coming year.

2. The Legend of King Mahabali: The Bhagavata Purana (also known as Srimad Bhagavatam), the most sacred Hindu text, reveals how on a Diwali day Lord Vishnu, in his fifth incarnation as Vaman-avtaara, rescued Lakshmi from the prison of King Bali during the Treta Yug. Bali, or rather King Mahabali, was a powerful demon king who ruled the earth. Powered by a boon granted to him by Lord Brahma, Bali was invincible and even gods failed to defeat him in battles. Although a wise and perfect king otherwise, Mahabali was violent in his ways with the Devas (gods). On their insistence, Lord Vishnu disguised himself as a short Brahmin and approached Bali for some charity. The righteous and benevolent King couldn’t refuse the Brahmin’s offer and was tricked into giving up his kingship and wealth (of which Lakshmi is said to be the Goddess). Diwali marks this overcoming of Mahabali by Lord Vishnu and this is another reason why Goddess Lakshmi is worshipped on Diwali.

In Kerala, the festival of ‘Onam’ is celebrated around the month of August to mark this legend.

3. The Killing of Narakasura: The Bhagavata Purana tells us about Narakasura, an evil demon king who had managed to acquire awesome powers. Unrivalled in prowess, he conquered both the heavens and earth and was tyrannical in his reign. Addicted to power, he even stole the earrings of Aditi, the heavenly mother goddess, and usurped some of her territory. When Lord Vishnu was incarnated as Krishna in the Dwapara Yuga, he killed Narakasura on the day preceding Diwali and rescued 16,000 women whom the demon had imprisoned in his palace. The deliverance from the terrible Narakasura was celebrated with much grandeur, a tradition that continues to this day.

However, another version of the story credits Lord Krishna’s wife Sathyabhama as the one who eliminated Narakasura. It is said that Narakasura could only be killed by his mother Bhudevi and as Satyabhama was an incarnation of the same Bhudevi, she only could kill him. Before death, however, Narakasura realized his mistake and requested a boon from Satyabhama that everyone should celebrate his death with colorful light. To commemorate his death, the event is celebrated in some parts of India as Naraka Chaturdasi, two days before Diwali day.

4. The Return of the Pandavas: The great Hindu epic ‘Mahabharata’ reveals that it was ‘Kartik Amavashya’ (the new moon day of the Kartik month) when the Pandavas appeared from their 12 years of banishment as a result of their defeat in the hands of the Kauravas at the game of dice (gambling). The five Pandava brothers, their mother and their wife Draupadi were honest, kind, gentle and caring in their ways and were loved by all their subjects. To celebrate the joyous occassion of their return to Hastinapura and to welcome back the Pandavas, the common people illuminated their state by lighting bright earthen lamps everywhere. And the tradition is maintained to this day.

5. The Victory of Rama: The great Hindu epic ‘Ramayana’ describes how Lord Ram (the incarnation of Lord Vishnu in the Treta Yug) conquered Lanka after vanquishing the evil King Ravana and after passing a period of of fourteen years in exile returned to his capital Ayodhya on a new moon day of Kartik with wife Sita and brother Lakshman. To celebrate the homecoming of their beloved king, the people of Ayodhya burst crackers, lit up their houses with earthen lamps (diyas), and decorated the entire city in the grandest manner. Year after year this homecoming of Lord Rama is commemorated on Diwali with lights, fireworks, bursting of crackers and merriment. The festival gets its name Deepawali, or Diwali, from the rows (avali) of lamps (deepa) that the people of Ayodhya lit to welcome their King.

6. Coronation of Vikramaditya: It is also said that Vikramaditya, the legendary Indian king famed for his wisdom, valour and magnanimity was coroneted on the Diwali day following his victory over the Sakas in 56 BC. This was marked by a grand celebration which is still maintained annually. One of the greatest Hindu monarchs, Vikramaditya ruled the greatest empire in the world from modern-day Thailand in the east to the borders of modern-day Saudi Arabia in the west. Diwali, thus, apart from being a religious festival also has a historical association.

7. The Enlightenment of Swami Dayananda Saraswati: Diwali also marks the auspicious occasion when on a new moon day of Kartik (Diwali day) Swami Dayananda Saraswati, one of the greatest reformers of Hinduism attained his nirvana (enlightenment) and became Maharshi Dayananda, meaning the great sage Dayananda. In 1875, Maharshi Dayananda founded the Arya Samaj, “Society of Nobles”, a Hindu reform movement to purify Hinduism of the many evils it became associated with at that era. Every Diwali, this great reformer is remembered by Hindus all over India.

8. The Enlightenment of Vardhamana Mahavira: For Jains, Diwali commemorates the enlightenment of Vardhamana Mahavira(the twenty-fourth and last Tirthankaras of the Jains and the founder of modern Jainism) which is said to have occurred on Oct. 15, 527 B.C. This is one more reason to engage in Diwali celebrations for pious Jains and other than the purpose of commemoration, the festival stands for the celebration of the emancipation of human spirit from earthly desires.

9. Special Day for the Sikhs: For Sikhs, Diwali holds a special significance for it was on a Diwali day that the third Sikh Guru Amar Das institutionalized the festival of lights as an occasion when all Sikhs would gather to receive the Gurus blessings. It was also on a Diwali day in 1619 that their sixth religious leader, Guru Hargobind Ji, who was held by the Mughal Emperor Jahengir in the Gwalior fort, was freed from imprisonment along with 52 Hindu Kings (political prisoners) whom he had arranged to be released as well. And it was also on the same auspicious occasion of Diwali when the foundation stone of the Golden Temple at Amritsar was laid in 1577.

10. Goddess Kali: Kali, also called Shyama Kali, is the first of the 10 avatars (incarnations) of Goddess Durga, Lord Shiva’s consort. According to legend, long ago after the gods lost in a battle with the demons, Goddess Kali was born as Kal Bhoi Nashini from the forehead of Goddess Durga. Said to be a personification of Nari Shakti (female power), Kali was born to save heaven and earth from the growing cruelty of the demons. After killing all the devils, Kali lost her control and started killing anyone who came her way which stopped only when Lord Shiva intervened. The well-known picture of Ma Kali, with her tongue hanging out, actually depicts the moment when she steps on the Lord and repents.

That momentous day has been commemorated ever since and the main purpose of celebrating Kali Puja is to seek the help of the goddess in destroying evil both external and internal to us as also to get her blessings for general happiness, health, wealth, and peace.

11. The Harvest Festival: Diwali also falls in the time of the Kharif crop, a time when rich rice cultivation gives its fruits. India being a agro-economic society, the significance of a rich harvest gives a new meaning to the celebrations.

12. Hindu New Year day: Diwali is also the Hindu new year, Hinduism being the third largest religion of the world. It is at this time that Hindu businessmen offer pujas, start new books of accounts, and pay off all debts to start a new year afresh, a good enough reason alone to indulge in the festivities.

To conclude, there are several reasons behind Diwali celebrations and almost every region of India has its own reason to observe the occasion. All of these however, matters little to the festival itself. Whatever the cause behind its celebration, Diwali is undoubtedly a national festival of India, and the aesthetic aspect of the festival is enjoyed by most Indians regardless of faith.

Happy Deepavali to everyone!

Tags Diwali, Statues, Top10
Share Post
Previous
What is the origin and significance of joined hands used in Hinduism as a form of greeting/prayer? 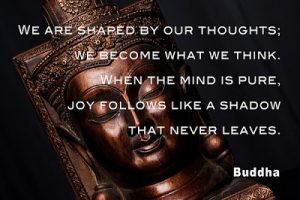 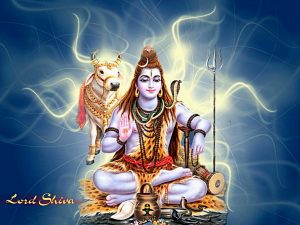 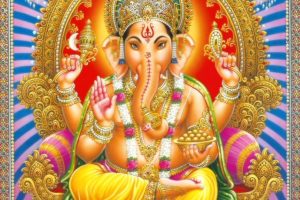 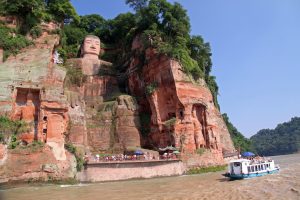