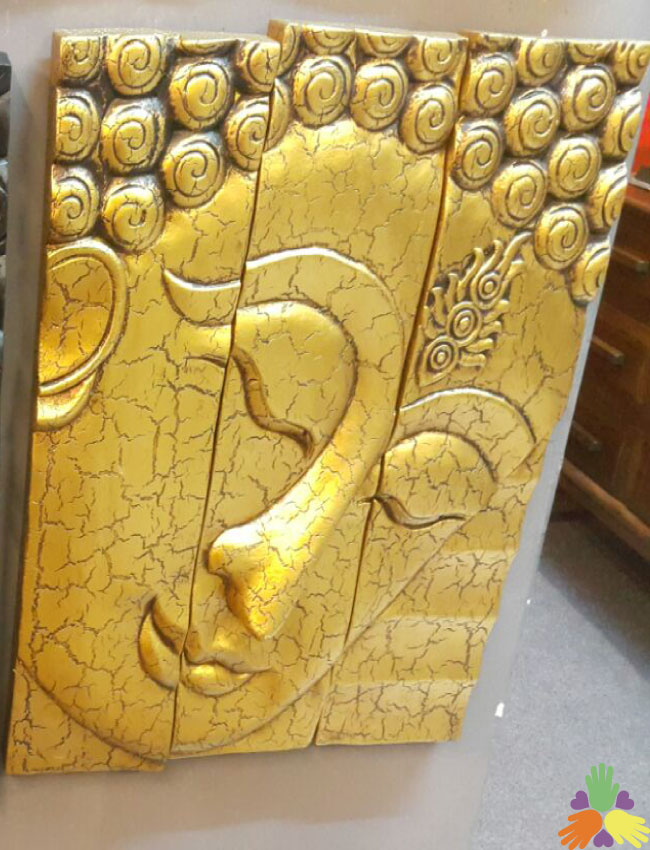 Buddha heads represent the Buddha’s hearing power which is believed that he hears what is needed in the world. Buddha heads or Buddha head statues, as they are known, are not just the depictions of the head of the Buddha, but the symbolic as well as spiritual representation of the enlightened one’s wisdom and knowledge. Though there are many depictions and styles of the Buddha heads depending on the region of the origin, the basic meaning that the iconography represents is somewhat the same over the history of Buddhism. These statues of a prince turned religious/spiritual leader are rather known to have encoded symbols in them, which were used in a preliterate, oral culture to pass on the messages of the Buddha’s teachings and knowledge. KSh 15,000.00
Buddha Statue brings peace and enlightenment in your body and mind. A statue of a Buddha is called  "Buddharupa" in Sanskrit which means "The form of an Enlightened One."
Add to cart KSh 7,000.00
The Bodhi-Tree meditation is based on the symbol of a tree, a banyan tree, which provides a multi-layered, rich, and complex symbol of the self and its journey towards enlightenment. Here we describe the symbol and its various levels of meaning.
Add to cart KSh 70,000.00
Sleeping Buddha is an encouragement that all beings have the potential to be awakened or enlightened and release themselves from the suffering which is characterized by the cycle of rebirth
Add to cart KSh 3,000.00
Add a exquisite look to your home with this Key Hanger crafted on wood, The Key Hanger features the traditional Buddha & Ganesha to add a lovely touch.
Add to cart
Sale KSh 25,000.00
This position is commonly used for meditation and relaxation and is known the lotus position.
Add to cart KSh 12,000.00
Buddha heads represent the Buddha's hearing power which is believed that he hears what is needed in the world.
Add to cart KSh 9,000.00
Bai Pho is from the Thai language and a simple translation just means the leaf of the Pho tree.
Add to cart